What's behind the names of Alfa Romeo Spider Duetto? 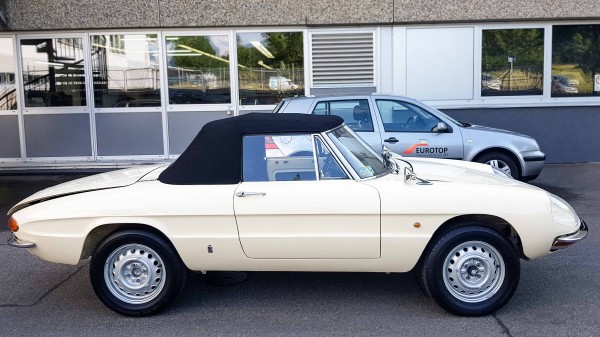 1967. California. Dustin Hoffman and his red Alfa Romeo Spider Duetto. The round-tailed Spider launched its America career in the movie "The Graduate" in 1967. The Italian design studio Pininfarina (which also designed the one or other Ferrari and Jaguar) was often criticized back then: The Duetto is too feminine, bizarre and quite ugly. Today, this convertible is a legend and is compared with a beautiful woman by its fans.

Fun fact: Line workers nicknamed the car "Osso di Seppia" (Italien for cuttlebone) alluding to the shape of the tail. Later, a new name was found due to a competition. Among others, there were suggestions like "Guiliana", "Al Capone", "Edelweiss" and "Pizza" - but "Duetto" won: two seats, two camshafts, a Spider for two lovers.